In Memory of
Richard Paul "Dick"
Murphy
2019
Click above to light a memorial candle.
Memorial Candle Tribute From
Morgan Funeral Home
"We are honored to provide this Book of Memories to the family."
View full message >>>
Send Flowers
Menu 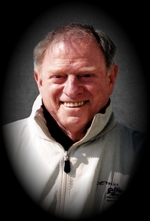 MURPHY, Richard Paul “Dick” - passed away on Monday, February 25, 2019 at Upper Canada Lodge in Niagara-on-the-Lake, Ontario in his 92nd year. He was born in Dublin, Ireland in 1927. He will be sadly missed by his wife Maureen Taylor, his four children Keith (Rosalee), Martin (Cheryll), Linda (Gord) and Kellyann. He will be lovingly remembered by his eight grandchildren Patrick, Conor, Bridgette, Michael (Paula), Michelle, Siobhan, Brenna and Ashleen. He was Grandad the Great to Landon and Alexis. Dick was a veteran thespian – from Dublin’s Abbey Theatre to Niagara-on-the-Lake’s Shaw Festival. His choral work included singing with the Palestrina choir in Dublin as a boy, various church choirs in Canada, Evergreen Singers as a senior, Chorus Niagara and Addison Chorale. His vocal genes came from his mother, Irish prima donna May Devitt. His devotion to the Republic of Ireland came from his father Liam who fought for Irish Independence in 1916. Dick emigrated from Ireland with his family in 1965. He accepted a “real” job with the Metropolitan Separate School Board in Toronto as Coordinator of Grants. Community theatre kept him reasonably sane. Twenty-five years later he retired and returned to his “unreal” beloved job, acting with the Shaw Festival, Blythe Festival and Threshold Theater. He also “enjoyed” golfing starting in Ireland then the Toronto area and finally at the Niagara-on-the-Lake Golf Club. Trips to Spain, the Holy Land, Italy, Turkey, Disney World with his favourite ride being “It’s a Small World” and, of course, Ireland were wonderful memories. Thank you to all the staff of Pioneer Elder Care, Henley House and Upper Canada Lodge for the care provided.
Dick’s family will receive friends at the MORGAN FUNERAL HOME, 415 Regent St., Niagara-on-the-Lake on Friday from 2-4 pm and 7-9 pm. Vigil will be held at the funeral home on Friday at 3:30 pm. A Funeral Mass will be celebrated at St. Vincent de Paul Church, Niagara-on-the-Lake, on Saturday morning at 11:00 am. Interment will follow at Niagara Lakeshore Cemetery. In lieu of flowers, donations to Heart Niagara, the Heart and Stroke Foundation or a charity of your choice would be appreciated. Memories, photos and condolences may be shared at www.morganfuneral.com
Printable
Share on Facebook