In Memory of
Helle
Tupholme
2019
Click above to light a memorial candle.
Memorial Candle Tribute From
Morgan Funeral Home
"We are honored to provide this Book of Memories to the family."
View full message >>>
Send Flowers
Plant a Tree In Memory of Your Loved One
Click Here
Menu 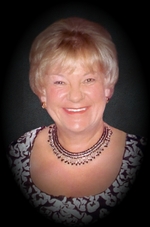 Beloved wife, cherished mother and grandmother, Helle passed away peacefully at her home in Niagara-on-the-Lake on October 30th, 2019. Helle will forever be remembered by her devoted husband, Brian, her son Michael and his wife Meghan, and her daughter Kristi Ellenzweig and her husband Jonathan Ellenzweig, as well as by her adored grandchildren Paige and Brooke Tupholme and Heidi and Leo Ellenzweig. Helle also leaves her brothers, Peter Solu of Toronto and Mart Solu of Sarasota, Florida.

Helle was born in Helsinki, Finland to parents Paul and Agnes Solu, who had fled from Estonia to Finland during the late stages of World War II, and who moved shortly thereafter to Sweden. In the early-1950s, Helle and her parents moved to Canada, settling in Toronto. There, Helle attended Swansea Public School and Humberside Collegiate Institute. She then obtained a B.Sc. degree at the University of Toronto before enrolling in the Faculty of Dentistry, also at the University of Toronto, receiving her DDS degree in 1971. Over the following thirty-seven years, Helle practiced dentistry in Toronto, opening and running several offices where she cared for a large and devoted following of patients. In addition to her practice, Helle was a part-time faculty member at the University of Toronto’s Dental School and served on several committees at the Royal College of Dental Surgeons of Ontario.

In Toronto, Helle and Brian were long-time residents of the Baby Point area where they enjoyed an active social life and where they raised their children, Michael and Kristi. Helle was actively involved in the Estonian Community in Toronto. Notably, in the early-1990s, Helle, along with other members of the Estonian-Canadian dental community of Toronto, made multiple trips to Estonia, taking with them dental supplies and leading instructional seminars while there, with the aim of helping to modernize the Estonian dental profession. Helle had many interests; she was an avid skier, loved travel, became an expert knitter in her later years, and she particularly loved spending summers with her family at their Georgian Bay island cottage. She loved to entertain and her culinary skills were legendary amongst her friends. Helle retired from dentistry in 2008, following which she and Brian moved to Niagara-on-the-Lake, where they made many new friends and enjoyed the community. In the last several years, Helle's health deteriorated somewhat, limiting her mobility, but being as determined as she was, she faced these challenges head-on.

Arrangements entrusted to MORGAN FUNERAL HOME, 415 Regent St., Niagara-on-the-Lake, ON. Memories, photos and condolences may be shared at www.morganfuneral.com